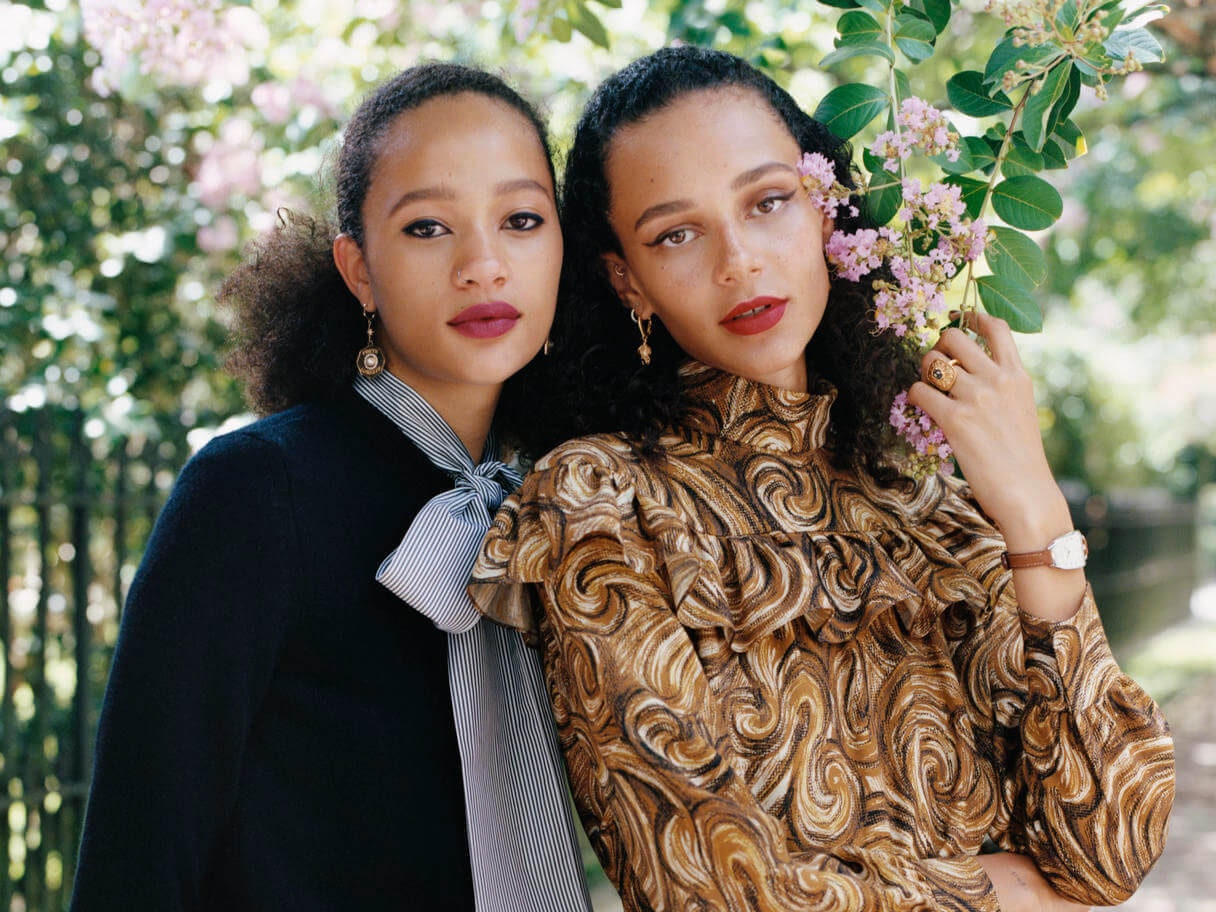 to countries all over the world, and poetry is a soul language. In other countries, poetry has the status of rock music—it carries the spirit of the people. It’s like any art: You can take a piece of art, or a poem, and link it to Federal Indian Law. There’s a story in everything. I love it when I’m out in our community and somebody gets on this philosophical bent about what what certain words mean and how they came to be that way. Some poems can be storytelling poems, and other poems can riff off of a moment and open it up.
I would say there’s a consistency. I try to have a consistency of quality and craft. But I’m always looking to get better—I can always learn. It’s important, just being a human being, to always being open to learning; The more you learn, the more you know that there’s more that you don’t know. But it’s changed: We’re always in flux. My poetry started out as one-image pieces, because I was writing poetry with two young children, working, and going to school; the poems were a lot shorter. Then they grew longer. When my children left home, I suddenly started writing these longer prose-like pieces.
I always looked up to Leslie [Marmon] Silko, I loved her poetry. She’s more known for her stories and being a wonderful novelist. Layli Long Soldier, she’s going to a law program now, and it makes sense, because if you look at [her] poetry, she’s using [it] as a tool to unlock lies in legal speak. I’m always fascinated by an artist’s process and where they create. Do you have to be in certain environments in order to write your poetry? If I did, I probably wouldn’t get much done. Because I grew up with kids, I learned to write no matter what was going on around me. What works best is to get up and write without thinking. I’ve learned to write on planes. I take a lot of notes; I write in journals or on my computer. I sing and play melody lines into my voice memos or on GarageBand. It’s ongoing. My term came at a very potent intersection of a lot of things. We had really horrifying stuff going on in our government, and then there was the racial reckoning, the Covid lockdown, and the McGirt decision, which directly affected everyone in Indian country, but especially the Muskogee Creek Nation reservation. During these times, people really turned to poetry, and I came to see myself as a doorway. Being the first Native poet laureate, it did show us as human beings. My [“Living Nations, Living Words”] project was to show that I was not the only Native poet—that there are many of us. That was important. I wanted a digital map that would be accessible to people. I picked a map that deliberately had no borders or words—it’s just a map of water and earth. The Native poets picked their poems and where they were placed—some were far from their homelands, others were right on their homelands.
I’m working on a musical play. I’m working on new music. I found a really cool Resonator guitar in a music shop somewhere in Ohio or Kentucky someplace, so I’m fooling around with that. I want to start painting. I’ve been thinking about our plants and how they’re helpful and, and our interactions with them, so I want to do my own take on them. And I’m always working on a poem. I have another book coming in March, Catching the Light, from Yale University Press. And then working in community organizations, trying help [foster] the arts in our community. I’m also the matriarch of a huge family—that keeps me busy.
On September 27, the Princess of Wales visited the country of her new title for the first time since she was granted it following the passing of the Queen. For the occasion, she wore a red coat—but like most of her sartorial choices, a deeper meaning was embedded in the details. The coat wasn’t just red, but a Welsh red, the exact same shade that graces their national flag. It was designed by LK Bennett, a London-based designer, from recycled materials, highlighting both British and sustainable fashion in one fell aesthetic swoop. But perhaps the most significant detail of all? Its name, “The Spencer Coat”—no doubt a touching nod to the maiden name of Princess Diana, the previous Princess of Wales.
To say that Diana is a hard act to follow is, well, 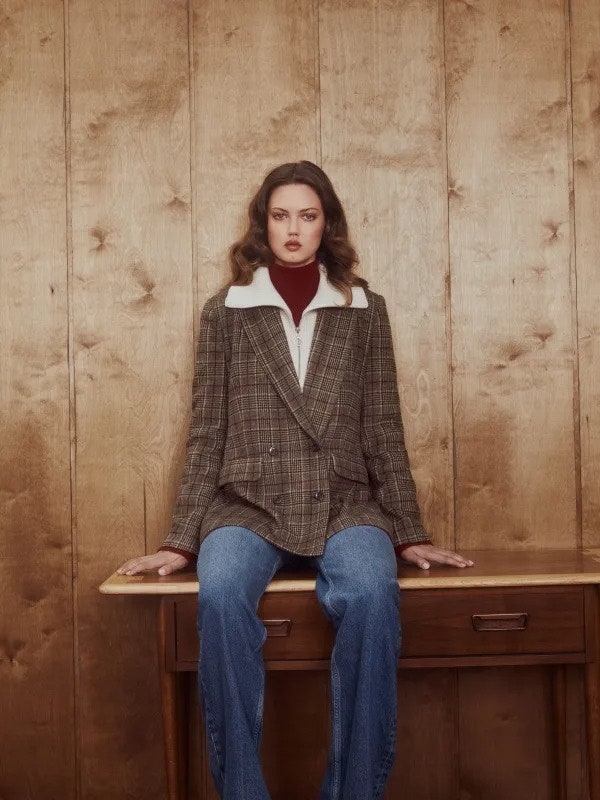 les has picked up from her direct predecessor in the role, however? One is her approach to parenting. Like Diana, Kate brought her children on royal tours when they were babies, not wanting to be separated from them for such a long period of time, while she also regularly picks up her children from school. Then, there’s her innate understanding of the power of clothing: instead of adapting a de facto uniform like Queen Elizabeth, who consistently wore brightly-colored suits, both Kate and Diana have a tradition of tailoring each outfit to the intentions of their appearance, often paying homage to the country or place they are visiting, or the nature of the event they’re attending. (Case in point: that aforementioned Spencer coat.)
It seems that the new Princess of Wales is taking cues from not one, but many, royal women who came before her—while reinventing the role in her own image. Michaela Coel doesn’t like to sit still; she’s a self-described mover, the type to run a half-marathon in the middle of the night for fun. So I’m not all that surprised when the 35-year-old actor-writer-director suggests meeting for a Rollerblading session on a Sunday morning in Accra, Ghana’s capital city. “Totally down for that, sounds like fun!!!” I respond via WhatsApp, adding one too many exclamation points out of apprehension. To be honest, it’s a terrifying idea. The day before, in Accra’s historic Jamestown, I’d witnessed Coel flying through traffic on her skates, her polka-dot Burberry cape flapping wildly behind her, photographer Malick Bodian and his crew in hot pursuit. It was a daredevil stunt suited more to an action movie than a Vogue cover shoot.
Looking every inch the athlete, Coel shows up early for our meet, slender but strong in black running shorts and a sports bra, a purple baseball hat thrown over her closely cropped ’fro. She shows me her skates—white with gigantic lilac wheels—and tells me that big wheels equal great speed. “The balance is tough, but the enjoyment is max,” she says, grinning. We’re in the parking lot of Decathlon, a sprawling French sports-supply store where she’s persuaded me to buy my first ’blades. The pair I’ve chosen have small wheels—the better to keep me grounded, I think. With guards on my wrists and elbows and kneepads strapped over my baggy jeans, I look like an overgrown teenage boy. Still, safety first—Coel insists on it. “If my skate teacher saw you he’d be like, ‘Where’s the helmet?’ ” she says. For now though, the bucket hat is a fair compromise.
Luckily, Rashaq, one of several skater-boy types on the store’s staff, has agreed to give me a crash course before we take to the streets. As someone who’s only ever used old-school quads, I quickly realize that in-line skating is a totally different beast. Coel compares it to switching from Android to iPhone. And she’s not wrong. I’m struggling to control my limbs and rapidly perspiring in the unrelenting heat. Aside from a couple of trees flanking the entrance of the lot, there’s little shelter from the sun—but Coel’s basically doing pirouettes and has barely broken a sweat. “There’s some sort of slow euphoric feeling that I get when I skate. It’s just my time,” she says, breezing past. “I feel like skaters are never stressed or agitated. They’re on good vibes.”
As a little girl, Coel would skate around the East London council estate where she grew up with her mother and older sister. But it wasn’t until March of last year, while visiting her grandmother in Accra and inspired by a group of kids learning to Rollerblade, that she picked up the sport again. Before ascending to the impressive custom gear she’s wearing today, she bought her first grown-up pair of skates at Decathlon. “This is what happens when you’re not risk-averse,” she deadpans pointing to the scars on her knees, the result of a tumble she took last spring shortly before she flew home to London for the BAFTA awards.
Coel has always been a fast learner, the type to throw herself headfirst into new challenges: As a teenager, she took up Irish dancing, the only Black girl in her London high school’s history to join the team, performing at the talent show the same year. Skating is more than that though—it gives her a mind-body connection, a sense of liberation, especially here in Ghana, she says, where she moves with a particular kind of ease. “I’d been to Africa before—Kenya and Uganda—but when I came here I was really seeing people who looked like me,” says Coel, who first came to the West African country to film Black Earth Rising, Hugo Blick’s searing 2018 drama series about the Rwandan genocide. “A friend of mine was with me, and he remembers us getting off the plane and me walking around as if I knew where I was going.” On that trip, she traveled the length and breadth of the country, discovering places even her mother and father, who emigrated to London before she was born, didn’t know. “I remember looking at all the kids playing and it hit me, like, Wow, this could’ve been me and I think I would have really enjoyed that,” she says. “Yes, there are a lot of sad things; poverty, unemployment, struggle. There’s also a lot of peace, friendliness. There’s a lack of anxiety.”
By midday I’m feeling less wobbly, and my te