I really don’t. I am 34 and basically untethered from any material reality. I own some boxes of clothes, not good ones—old stuff from Zara, some men’s shirts stolen from ex-boyfriends, and one box of shoes.

I would like to move past this particular milestone quickly, because the times I’ve approached it before (twice, to be exact), I have found myself incapable of making it happen. After my last failed attempt at moving in with someone, I spent a week doing intensive relationship therapy in Berlin.

It’s not that I think moving in with someone is a particularly big deal—there are so many other things: meeting the friends, the parents, getting a dog, buying a house, having a baby—all much bigger milestones, emotionally and materially speaking, than this particular one. It’s just that each time I’ve approached it I’ve felt—to borrow the much-reviled TikTok vernacular—“triggered.” The last time it was mooted as an option in a serious relationship, I had quite a strong reaction, which involved acid, a sex party at a commune in Willesden Junction, and the explosion of my entire mind. Like: splat! There it goes. 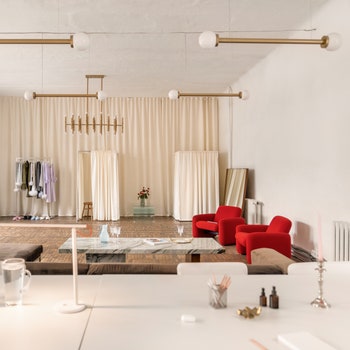 I remember, when I was seeing my therapist in Berlin, telling him that this sabotaging thing is something I do only at the very particular point in a relationship when someone is about to move in or when I’m about to move in with them. He said that it sounded like a pattern, for sure, “but it’s probably more about your fear of building a home than it is about the relationships themselves.” I considered this for a while: Was I scared of building a home?

I was staying in an Airbnb in a particularly pedestrian part of the city; I’d gone expecting leather chaps, whips and chains, etc, but in my neighborhood, everyone looked like primary school teachers and bankers. Each morning I would walk to a café at the end of the road, buy a pastry, and sit at a little iron table next to a bunch of road repair works. It wasn’t a good view, but I found that the sound of heavy drilling really helped to quiet the mind. In my notebook after my first session, I wrote: “What’s the opposite of a nesting instinct?”

That’s what I have, I told the therapist when I saw him next. I make piles of things and put them in corners. I BluTack things to walls. I have a strong sense that my living spaces are ugly but no particular instinct for how to make them nicer—and no inclination to, either. In my 20s, it didn’t matter: I moved between a succession of dank magnolia spaces, party houses, and afterparty houses, and no one cared that I didn’t hang pictures or own candles. I couldn’t afford to live anywhere nice—who could?—but it was all temporary. 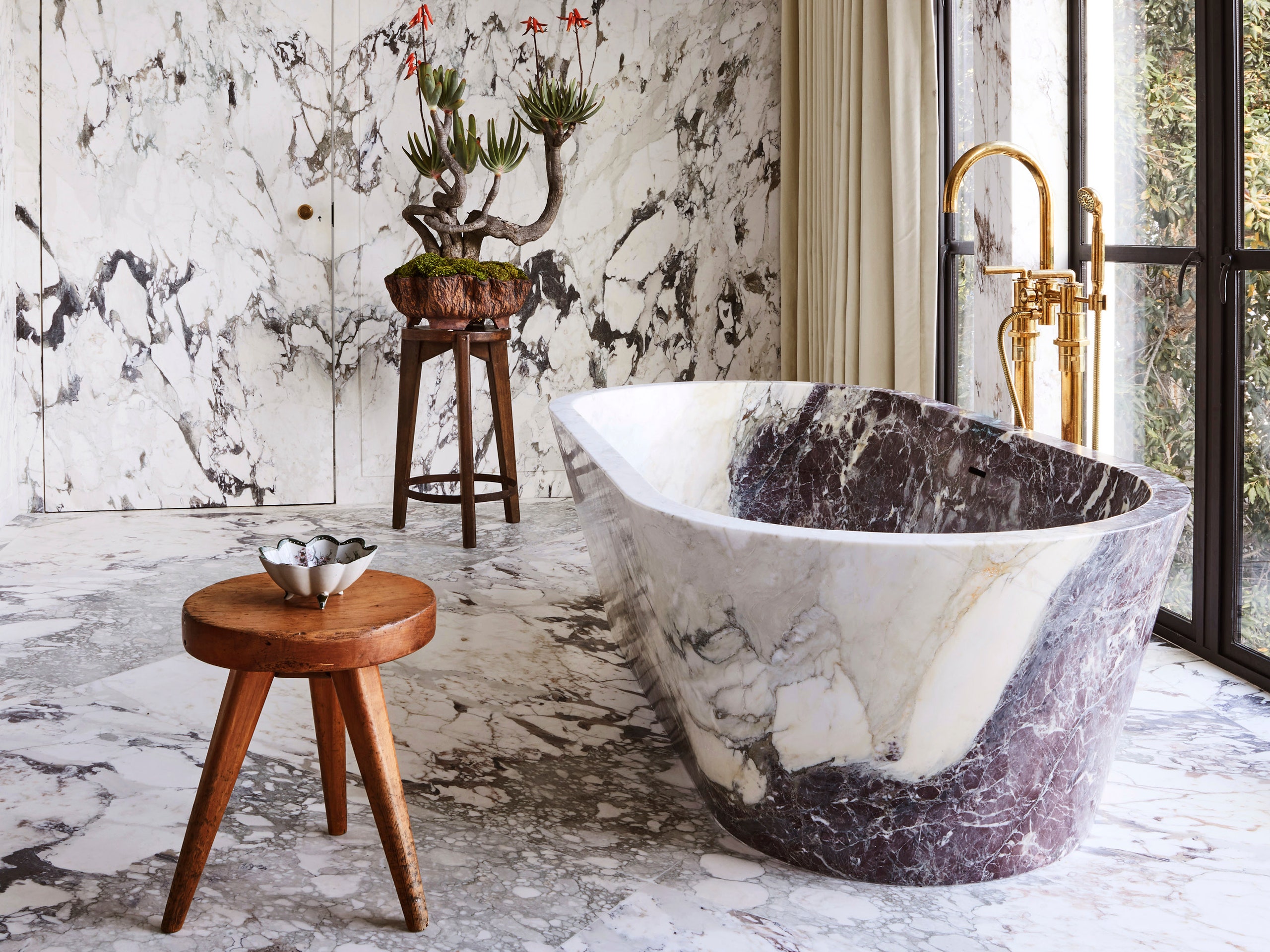 “But now you want to create a home with someone and find that you can’t?” he said. And I conceded that he might have a point.

Looking at my upbringing, it doesn’t take Sigmund Freud to work out why I might have a complicated relationship with homebuilding. I was born in another country—Romania—and came to the U.K. at six after my parents split up, and my mum remarried. The move—and the split that precipitated it—were obviously disruptive. In England, I got a new name and a new language, had to assimilate into a new culture far away from friends and family, had to bear all the slights and embarrassments of being foreign and poor. And even after all that, we were made homeless when my stepdad—drunk, he was an alcoholic—threw my mum and me out. Out of all that molten upheaval, my sense of what is a home solidified into something odd and misshapen.

So now it is three years later, and I’m preparing to try to move in with someone yet again. And the emotions are coming out sideways. One evening, for instance, in the lead-up to the move, I stop by at my boyfriend’s house late after a night out and find that the light has been left on for me. And the gesture makes me irrationally angry—I demand to know why. 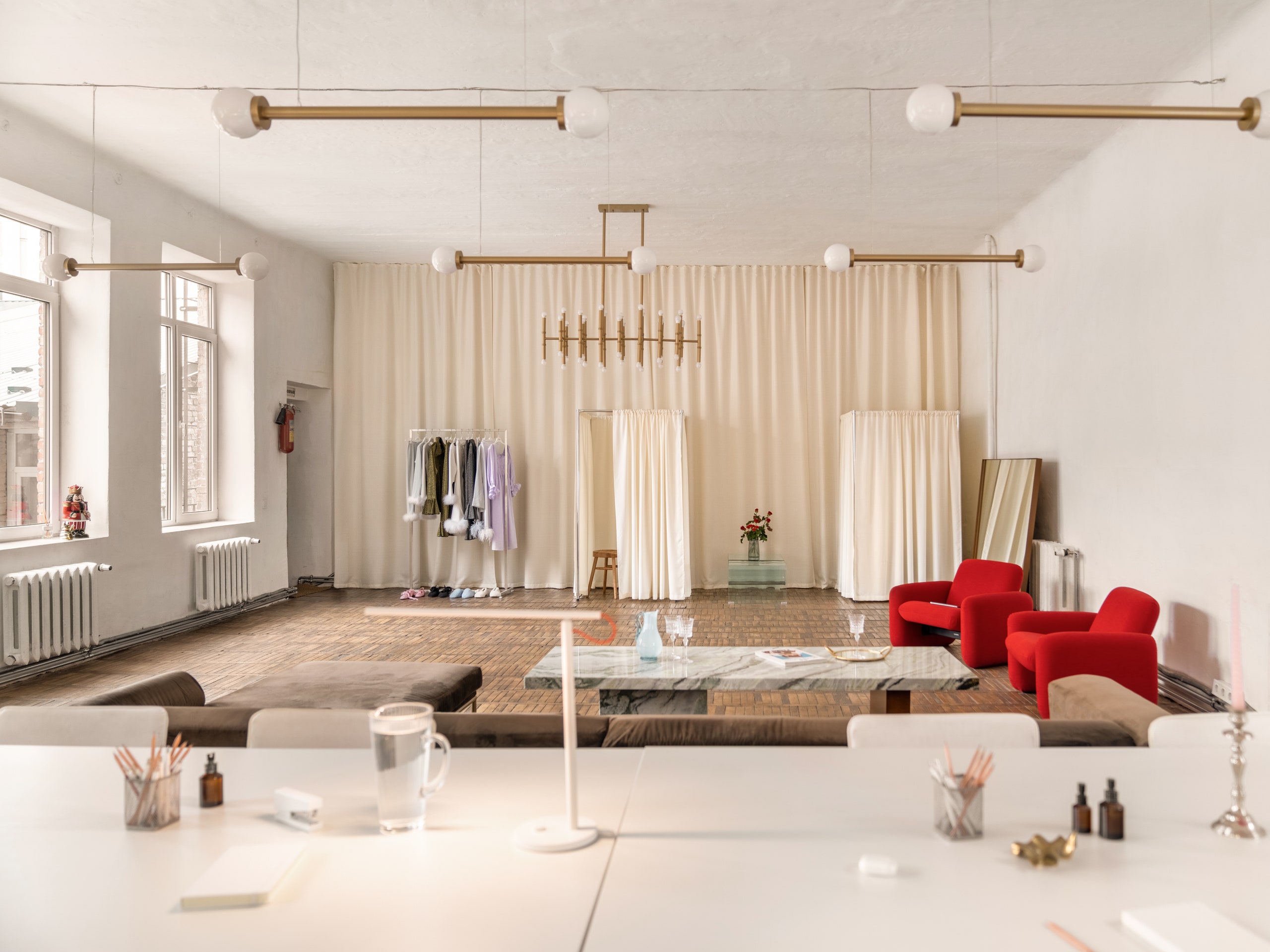 I realize that this is the first home I’ll move into as an adult that isn’t temporary in some way. There’s no end point, and the permanence feels oppressive, a weight on my chest. I want freedom, I say, the toxic, self-involved, self-interested kind. I want to come and go as I please. I can’t deal with all of this. My boyfriend says if it gets too much I can pitch a tent in the garden and live there for a while. I say, “This isn’t a joke,” and he says he’s being deadly serious.

The weirdest thing about all of this is that it’s so hard to pinpoint why I feel this way. Even after feeling like a stranger for almost the entirety of my childhood, it’s not more instability that worries me. “The hardest thing for you will be to trust that, if you do this with someone, it won’t break down around you again,” the therapist had said. “But that’s not a reason not to try.”

I say to my boyfriend that I think all my stuff would fit into a few boxes, but can put something in storage if he likes. I feel out of my depth putting all this faith into a relationship, but I guess we can’t know that anything we do will definitely be a success—or failure. He says, “No, it’s fine, I’ll get rid of the minidisc player.”